What’s In Mars’ Soil? Airbus Is Going To Find Out. 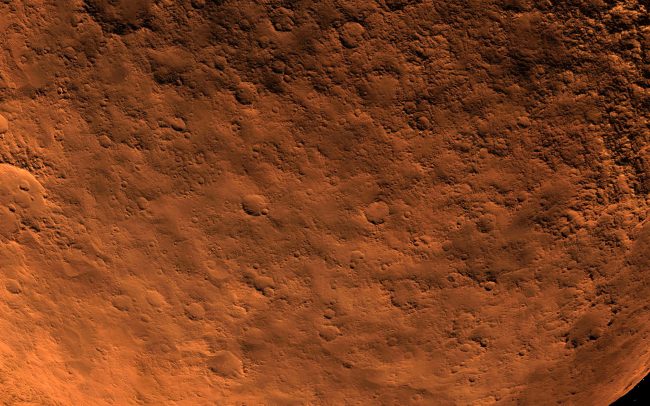 In April of this year, NASA and the ESA (European Space Agency) gave Airbus a contract worth 5.2 million dollars to build a special rover to collect soil samples from Mars and bring them back to earth. Airbus is already building a Mars rover to be launched in 2021 called “ExoMars,” so they were the best contenders to take on such an important assignment. Representatives from Airbus express that a lot of advanced technology will have to be invented for the project to become a reality but bringing back actual samples from Mars would be a huge scientific achievement.

What Is Mars’s Soil Made Of?

People have wondered for generations what’s in mars soil and whether it could potentially sustain life. Scientists have established that Mars is covered in a layer of oxidized iron, which makes up the dust and rocks, and gives the planet its signature rust-red color. The dust is very fine like powder and also contains nutrients like sodium, potassium, chloride and magnesium. Underneath that first layer, the inner crust area is made of volcanic basalt rock, which is very light and filled with holes. This kind of rock is made from magma after it cools down, which makes sense because Mars has an abundance of volcanoes. These volcanoes are dormant now but used to be bustling with activity; now, there is a good amount of ice in the planet’s soil and on its surface.

How Does Mars Compare to Earth?

Soil on earth is made of many things; organic material, minerals, water, air and bacteria. Earth’s soil is made up of about 45 percent minerals. The soil on Mars however is almost entirely minerals, with very little water and no organic matter or air in the same sense that earth soil has air. Earth also has tectonic plates in its crust which shift around and create new landscape over a period of years. Mars seemingly does not have these and the landscape remains fairly unchanged since the volcanoes went dormant. However there are windstorms on mars that move the soil around and landslides occur there too.

Is Plant and Other Life Sustainable?

Interestingly, the soil composition on Mars is fairly similar to volcanic soil from earth, so some scientists have made a faux Mars soil out of samples from volcanoes in Hawaii. Using this soil as a base they were able to grow plants. However, the soil needed major changes before it was able to sustain the plants. The nutrients in Mars’s soil are the right ones that plants need but there is not enough of them to sustain the life. Therefore, Mars soil would have to be enriched with fertilizer and fresher water, as the water on Mars is much too salty for horticulture. Also frequent wind storms block natural light on Mars, so artificial lights would have to be available to grow plants there. Scientists’ best bet would be to construct an Earth-like greenhouse on the surface. There are also some toxins in the soil that would need to be removed first. In addition to all of this, Mars’s atmosphere is radioactive, which is very dangerous to Earth life forms.

What To Expect In the Future

With all of this in mind, it is difficult to say what the future of the red planet is in relation to Earth. However if Airbus’s mission is successful, scientists will be able to study Mars soil for the first time ever — and that is so important to furthering our understanding of the mysterious planet. In a decade’s time, the plans for the Mars soil rover are scheduled to be complete and provide some answers to these burning questions.