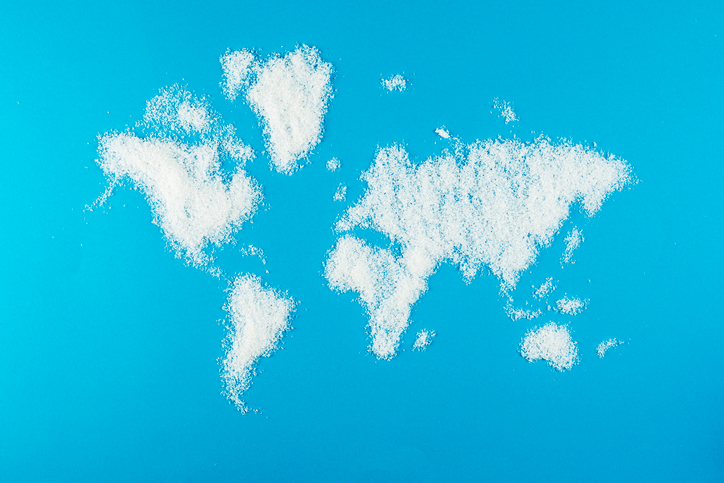 Scientists have recently published a paper in Science Advances stating that early earth conditions may have been significantly colder than previously believed. Researchers of the earth sciences have often contended that early Earth was very hot. At the time, the first organisms developed around 3.5 billion years ago and the Earth’s oceans were thought to have been 80 degrees Celsius.

The Researchers
Harald Furnes, professor emeritus from the Department of Earth Science at the University of Bergen, and Maarten de Wit, a professor from the Nelson Mandela Metropolitan University in South Africa, analyzed sedimentary and volcanic rocks found in South Africa’s Barberton Greenstone Belt. The volcanic rocks came from depths of two to four kilometers (1.2 to 2.5 miles).

The Rocks
The rocks came from a latitude comparable to that of the Canary Islands. Some of them resembled rocks associated with more recent ice ages. According to Furnes, that may indicate that Earth had a global ice age 3.5 million years ago. Far from developing in a very hot ocean, Earth’s first organisms may have evolved in a very cold ocean.

Scientists use a rock made of pure silicium-oxide called chert to help determine the temperatures of prehistoric oceans. They analyze the relations between oxygen isotopes in the chert. Although Furnes and de Wit’s rocks showed signs of having been exposed to very high temperatures, the researchers noted that was due to hydrothermal activity caused by springs of extremely hot water in the ocean bed.

The researchers also found gypsum in some of the sedimentary rocks found along with the volcanic rocks. Gypsum is produced under conditions combing extremely cold temperatures and very high pressures like the contemporary deep ocean. That indicates the rocks came from an ocean with similar conditions.

Earth’s Organisms
The history of earth is full of ice ages. Furnes and de Wit’s ice age would be the oldest known. The next oldest would be the Huronian glaciation which began about 2.4 billion years ago and lasted about 300 million years.

Scientists have also found organisms that can live in very harsh conditions. These creatures are called extremophiles, which means they live and thrive in environments that would be hostile or lethal to most organisms. Some, called cryophiles, thrive in intense cold. Many such creatures belong to a domain called archaea and are prokaryotes. Modern extremophiles have been found in places devoid of oxygen, nuclear reactors, volcanoes and the Great Salt Lake in Utah. Given that, it is far from impossible to have ancient bacteria living in an extremely cold ocean.