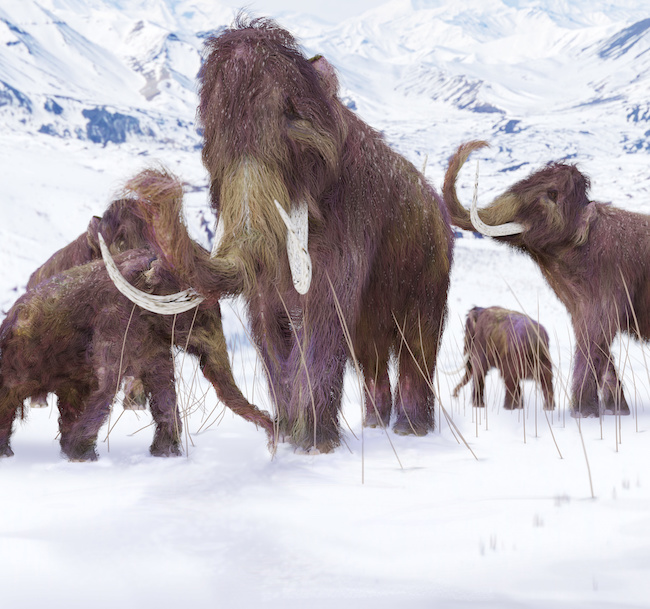 Geologists have officially declared three new geologic ages: The Early Holocene Greenlandian Age, The Middle Holocene Northgrippian Age, and The Late Holocene Meghalayan Age. These new geologic ages help to organize a major period of time and provide some insight into the current geological conditions of the Earth.

All three of the newly declared geologic ages take the place within the Holocene Epoch, a term which had previously been used to describe the contents of all three ages in one broad generalization. The Early Holocene Greenlandian Age starts roughly 11,700 years ago. Back then, temperatures would warm and cool while changing the Earth’s sea levels and affecting the height of its land masses. Over 8,000 years ago – during the Middle Holocene Northgrippian Age – glaciers melted en masse, flooding North America. This flooding vastly changed the currents of the North Atlantic waters as well as the atmosphere above it. Past that – roughly 4,000 years ago – the Late Holocene Meghalayan Age brought freezing temperatures and droughts that wiped out numerous civilizations and a major part of the Earth’s population.

Separating the Holocene into three stages was determined by finding the “golden spikes” during the Holocene era. The “golden spike” is actually known as the Global Boundary Stratotype Section and Point (GSSP for short). It’s a reference point that is agreed upon by the global community for determining the lower part – or end – of a stage by measuring when rock layers are finally laid down. Each of the Holocene eras has their own identified golden spike, determined by careful analysis of rock layers and the sea floor. By establishing the events that happened during the Holocene eras and providing rough dates for them, scientists and historians can now determine what happened to the Earth during these eras, and how certain civilizations were completely destroyed and wiped away. The hopes are that all three eras being brought together can now offer, for the first time, a complete scientific and historical picture of what happened during this formative time period.

These changes were first published in an explosive paper written by Mike Walker and Martin Head. Walker is lead author on the paper and is also a professor at the University of Wales, while Head is the secondary author of the paper and a professor of Earth Sciences at Brock University. Head is also the chair of the International Subcommission on Quaternary Stratigraphy, the body that reported the findings first. After reading through and hearing the findings, the International Union of Geological Sciences gave official approval to all three new geological ages. Head described the subcommission’s job as “providing order” where no order had previously been provided. Through the work done here, scientists will now be able to accurately pinpoint the events of 4,000 to 12,000 years ago and place them within one of the three new Holocene periods.

Walker and Head also point to the major flooding that kicked off the Middle Holocine Northgrippian Age as a warning sign for the effects of climate change in general, but more directly as a warning that humans should be taking any action possible to prevent the changing climate. With this scientific declaration, maybe the events in the Holocine ages can be prevented from ever happening again. Martin Head certainly hopes so.