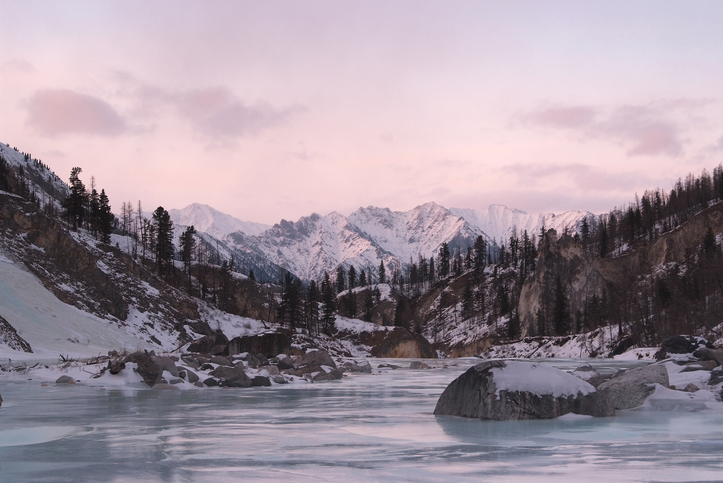 When researchers delved deep into a Siberian mine looking to study the minerals within, they ended up getting much more than they bargained for. As they detailed in their findings published in Science Advances, the scientists were able to confirm the existence of metal-organic frameworks (MOFs) occurring naturally.

Why is this such a big deal? Well, metal-organic frameworks have been known since the 1980s, but only as artificial solids created in labs. Metal-organic frameworks are actually quite incredible items — they have been studied for years as a way to reduce environmental pollution, as they appear to vacuum up gases including hydrogen and carbon dioxide. As such, they have amazing potential to “clean” our ecosystem of some of the harmful pollutants humans have been pumping into it for decades.

The two minerals discovered in the mine have names that roll pretty easily off the tongue: stepanovite and zhemchuzhnikovite. These two minerals seem to mirror their lab-grown counterparts in many ways, including the complexity of their molecular structure as well as the appearance of “voids” within that structure.

So, have we found the humanity-saving miracle minerals that will swoop in to eat up all of our emissions? Well, not quite. It seems there are some reasons to curb our enthusiasm for now. First, these two specific minerals have a glaring pollution-fighting flaw, in that they don’t seem to absorb carbon, unfortunately. Additionally, even if scientists wanted to use large quantities of stepanovite and zhemchuzhnikovite to help the environment, they’d have quite a job unearthing enough of the stuff to be useful. The minerals were found “230 meters below thawing permafrost.”

The Future Applications of MOFs

If anything, what’s exciting about this discovery is the idea that somewhere on this planet, there might be more minerals like these, including ones that can help absorb carbon as well. Since researchers never in their wildest dreams thought that even these MOFs could exist in the wild, perhaps our hero minerals are out there somewhere, just waiting to be uncovered.

Related posts
What Does an Environmental Engineer Do?
September 3, 2019
Climate Change Might Be Behind California’s Wildfire Increase
December 26, 2018
How Geology Might Help Us Understand Climate Change
October 30, 2018
Keeping Soil Healthy Without Excess Nitrogen
September 26, 2018
Three New Geologic Ages Have Been Declared
August 23, 2018
What’s In Mars’ Soil? Airbus Is Going To Find Out.
July 25, 2018
Recent Posts
Blog Categories
Our Services