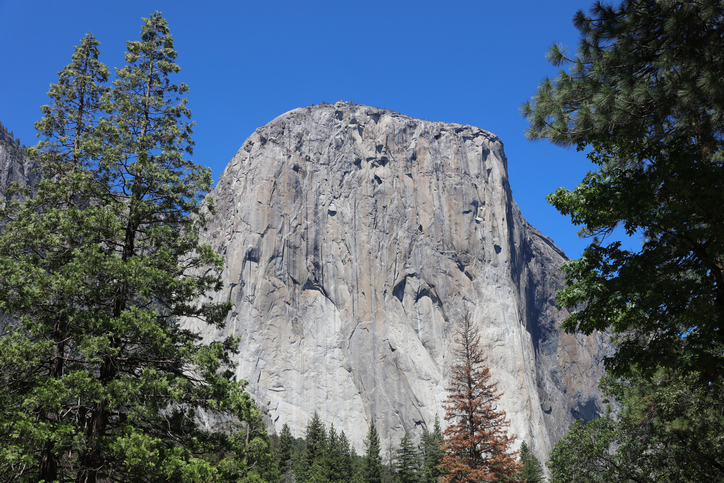 As we visit Yosemite and marvel at its exquisiteness, it’s easy to lose sight of the fact that sometimes nature will display its power in devastating and fatal ways.

Larger rockfall on El Capitan today, with one injury. Debris reached a road, so detour in place; drive with caution in Yosemite Valley. pic.twitter.com/wciTNR5SkT

In September, El Capitan reminded us all that geological time includes right now, as two separate and massive rockfalls occurred, resulting in several injuries and the loss of one life. We’re not talking about a few boulders here — the second rockfall was a chunk of granite estimated to be approximately the size of a thirteen-story apartment building. The event was not triggered by climbers on the wall; it was not a result of human misuse or vandalism; and it was not avoidable in any way.

The fact is, despite the fact that rocks (and especially large cliffs) look so permanent, so unchanging, they are in fact constantly in a state of flux and susceptible to rockfall events like the ones we saw in late September. This particular slab of granite dislodged from a spot on the eastern face of El Capitan, about 1,800 feet above the Valley floor. Incredibly, there were about 30 people in various parties climbing on the wall at the time, resulting in some spectacular and terrifying photography of the incident that serves as a stark reminder of nature’s ultimate indifference.

Rockfall is more likely to occur after periods of heavy rain, snowfall, or contrasting freezes and thaws. This incident was unique in that it occurred in the middle of a bright, sunny day in Yosemite, with no advance warning that conditions might be right for this kind of catastrophe.

What Is Granite Exfoliation?

The underlying geological phenomenon that made this event occur is the concept of granite exfoliation. In a seemingly stable granite mass like El Capitan, it’s easy to forget that underneath the surface, there is an enormous amount of pressure occurring; pressure that must occasionally be vented through exfoliation (ie, rockfall).

In an instance of granite exfoliation, the surface layer will detach at what’s called an expansion joint. Ever-expanding forces push subsequent layers away from the rock and shed, much as a snake sheds its skin. This is a well-known geological phenomenon, and there are entire teams that attempt to monitor and study the exfoliation of Yosemite’s huge swaths of granite to determine when it’s likely to pose the greatest risk to hikers and climbers who visit the park.

Ultimately, there’s not much we can do when these instances occur. Mother Nature is powerful, and we must all respect the fact that our environment is in a constant state of change, even when it looks unmovable.