Is California’s Drought Over? 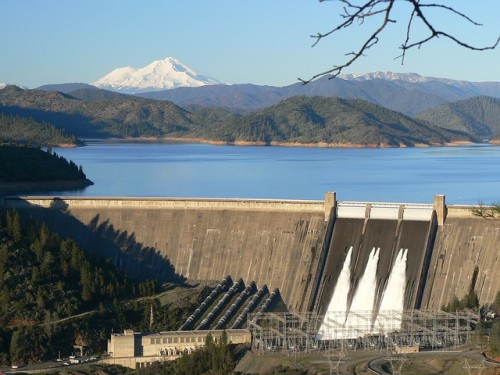 If you live in California, there’s no way you haven’t noticed the massive amounts of snow and rain being dumped onto our parched, drought-stricken state. There’s no doubt about it: the recent precipitation has unquestionably eased drought conditions in California, and has brought critical relief to wide swaths of the state. But is it enough to lift California from the crisis-level drought we’ve been facing? Well, not quite.

Yes, we know: the Sierras have seen huge blankets of snowfall; the Oroville dam nearly burst; and snowpack throughout California is currently at 176% of its usual state. Yes, many pockets of California have seen their drought status upgraded to “moderate” instead of “severe” or “extreme.” Yet, this doesn’t tell the whole story of where we realistically are in terms of the drought. For starters, even on a surface level, much of central and southern California is still experiencing severe drought conditions.

But the most troubling reality of all surrounds the dawning realization that even this latest storm surge isn’t enough to replenish the critical supply of groundwater in California.

The water that collects on the earth’s surface after a rainfall only tells part of the story when it comes to a drought. Just as important is the level of groundwater, which sits deeper underground and takes much longer to accumulate than surface-level water. Groundwater is a critical resource for humans who tap into it to supplement the water we get from surface-level reservoirs and other sources, but over the past 15 years we have been pumping groundwater faster than it can be replaced.

California’s ongoing drought has placed a tremendous strain on our society’s reliance on groundwater. Not only have we been removing more groundwater than can be readily replaced by normal levels of precipitation, but the excess pumping has had another, unintended side effect. This side effect is known as subsidence — a process where rock beneath the surface shifts and settles more firmly atop itself, compacting subterranean layers and making it much harder for groundwater to accumulate and be pumped in the future. NASA’s Jet Propulsion Laboratory estimates that in certain parts of southern California, subsidence has caused ground level to sink by almost 7 inches. This is an unsustainable and geologically irresponsible development, and a reminder of why water management is so crucial to a sustainable society.

The lesson is clear: despite what you see falling from the sky, and some of the good news you hear about the drought easing, this is no time to go back to wasting water. Our natural resources are precious, and we must continue diligently to preserve them at all costs.