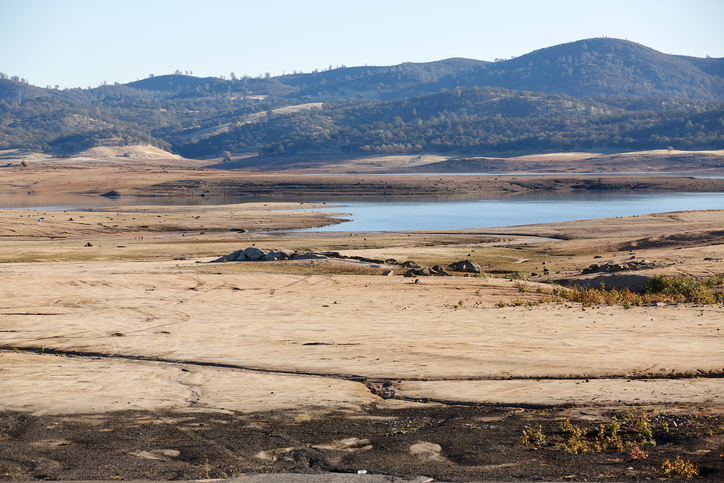 No discussion of the impacts of a drought can be complete without a consideration of the long-term impact. Most people are familiar with the short-term effects of a drought: the loss of surface and groundwater.

Some of the long-term impacts are also well-known. As an area becomes increasingly dry, it also becomes more vulnerable to fire. Also, as a drought persists, local, state, and, possibly, federal authorities have to step in and decide where the remaining water will go and how much people can use. For instance, many environmental restoration projects will be stopped or at least put on hold during a drought. Projects that require water such as wetlands restoration projects will either receive less water than their planners expected or no water at all.

If a drought persists, it can eventually affect a region’s geology. For example, during a drought, the residents will increasingly draw water from any aquifers in the area. As the water in the aquifer decreases, the land above it might start to sink, a phenomenon called subsidence. That reduces the size of the aquifer and thereby lessens the amount of space for groundwater storage. It can also create sinkholes and cause other types of damage to the infrastructure.

Seawater intrusion can become a problem for communities along a coast. Under normal conditions, water in an aquifer flows out to the ocean and keeps the saltwater from entering. As that groundwater becomes depleted, the ocean’s water flows into the aquifer instead and greatly increases the salt content of that water. The aquifer’s water eventually becomes undrinkable. As can be guessed, sea water intrusion is an extremely expensive problem to fix.

Most of California’s water is groundwater – and there is still several decades’ worth of water in its aquifers. By contrast, California’s reservoirs contain about a year’s supply. That means that the people of California have to use groundwater to maintain their water supplies — especially if the drought continues.

How Can a Geologist Help?

Knowing how salty the groundwater is or might become would enable the community or communities choose a management program to keep their ground water potable. The geologist could also advise them on the most feasible program.