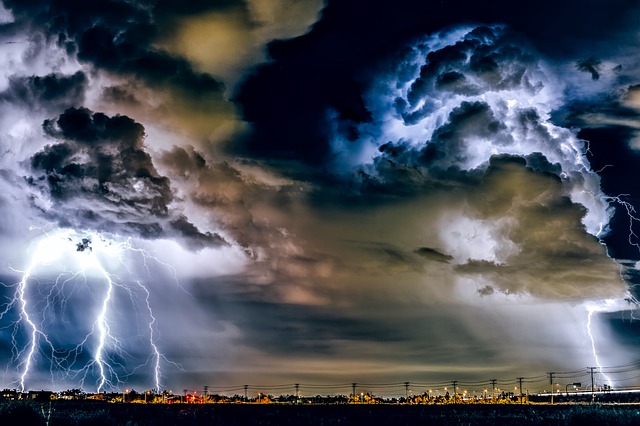 If you live in California, you’d better get used to hearing about the “Pineapple Express.” That’s the atmospheric current of moisture that forms over the Pacific Ocean and gets pushed north via the jet stream, and it’s what is responsible for birthing some of California’s recent storms. California is experiencing more and more strange, outlier-type precipitation periods, and that’s a trend that shows no sign of slowing.

What’s Behind The Storms

If you’ve been paying attention to the environment and California’s ecosystem lately, you may find yourself a bit confused. One day all you can hear about is the devastating drought that California is experiencing; the next day, you’re hearing about massive, uninterrupted rainstorms that cause flooding, mudslides, and worse. How is this possible? Why is California experiencing such short term instability in terms of its weather patterns?

The short answer has to do with the fact that Earth’s climate has warmed over the last century to an unprecedented degree. The previous three years in a row have been the hottest on record, a trend that is a sobering realization for climate scientists and concerned citizens everywhere. In particular, scientists have determined that average temperature rises in California directly correlate with more extreme precipitation events.

A senior research scientist at MIT states that, “for California, we’re very confident that [heavy precipitation] will increase by the end of the century.”

What Is An Extreme Precipitation Event?

Climate scientists have been hard at work comparing what we’re seeing in 2016 and 2017 to historical models of weather patterns and expected precipitation amounts. And although California hasn’t had its rainfall frequently enough to prevent a drought, the rainfall that we do get is clustered up and severe when it does happen.

What’s In Store For California?

The science and math behind the MIT researchers’ findings is quite stunning. These are not gut-instinct predictions or warnings; rather, their findings are based on actionable models of weather patterns. If the planet warms by 4 degrees Celsius, as we are on track to, the result to California will be an additional three extreme precipitation events per year.

The researchers took care to note that there is still time to reverse course and mitigate the damage that will result from our warming planet. However, given the environmental priority (or lack thereof) by the current federal administration, it seems unlikely that course correction will take place in time.