California Is Awarding $7 Million In Grants To Promote Soil Health 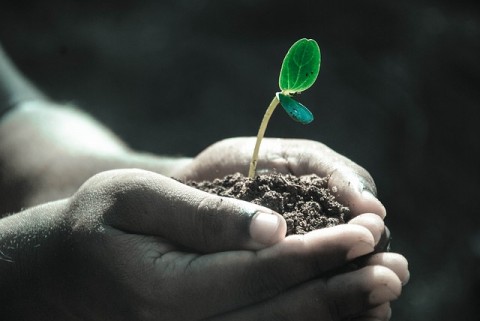 The Healthy Soils Program Is Ready To Spend

The California Department of Food and Agriculture is giving farmers and ranchers until September 19 to apply for a slice of the nearly $7 million in grants earmarked for the Healthy Soils Program. The goal? To subsidize the hopefully soon to be ubiquitous practice of California farmers reducing tillage, composting, and covering crops. These are all ways to ensure that California soil stays healthy and prosperous for generations to come.

Yes, adhering to the guidelines in the Healthy Soils Program will reduce greenhouse gas emissions, and that is the stated main goal of the initiative. However, there are incentives involved for the farmers and ranchers, as well: these practices have been shown to positively affect the bottom line of crop yields and reduce water spend (and waste), to boot.

We have Governor Jerry Brown to thank for this particular grant fund, as he had been working on using California auction proceeds to pay for the grant since 2015. Now, his hard work is coming to fruition, as California farmers and ranchers can take advantage of real subsidies to improve their carbon footprint and overall soil health.

The Healthy Soils Program has identified a set of metrics that they believe are “tier 1”, or most important, to improve in terms of farm and ranch operation and output in California. The Tier 1 measurements include “organic carbon, soil texture, penetration resistance, nitrogen levels, base saturation, bulk density, water holding capacity, and infiltration rate.”

By improving these metrics, officials expect to increase and improve the viability of the organic matter found within California farm soils — and that means a win-win situation for both the environment as well as the farmer and rancher’s bottom line. Good soil health ultimately means that everyone — from environmentalist, to farmer, to produce consumer — ends up happy.