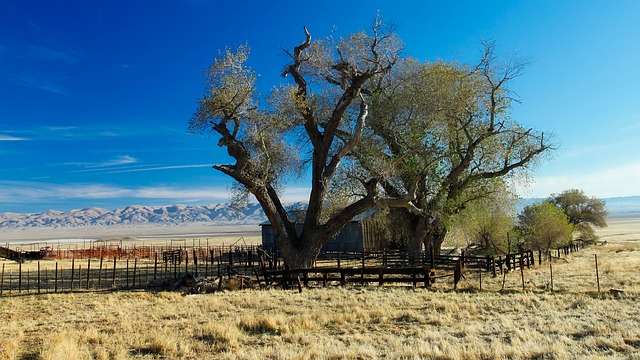 If you enjoy eating fruits or nuts, you can thank California for providing over two-thirds of the entire country’s supply. California is an absolutely critical crop producer in America, but climate change threatens to decimate the state’s ability to keep producing at its current rate.

A new study, published in the scientific journal Agronomy, has some incredibly sobering news about America’s ability to continue feeding itself. The report examines the role of climate change specifically in regards to California’s agricultural output, which is substantial. Two-thirds of the country’s fruit and nuts are grown and harvested in the Golden State, and that figure is now under serious doubt as to whether it can continue indefinitely. Although plenty of scientific studies have been undertaken in regards to climate change and how it might affect our state, this is the first to take an in-depth look at global warming’s impact on food sustainability in California.

Food security is no joke — it has toppled countries’ governments in the past and led to the deaths of millions of people, not to mention the lasting economic impact that a food shortage can have. For too long, Americans have lived as though food magically appears on their plate, the majority of the populace utterly disconnected from how their food is grown and reaches the table. Although millennials are more likely to care about such issues, there is still a shocking amount of ignorance and apathy regarding the agricultural process. Such oversight leads directly to habits and laws that exacerbate climate change rather than deal with it head-on. However, the study in Agronomy warns that we are zooming towards a collision with a serious food security issue that will affect the entire country… not just California.

Let’s lay out some facts and figures: do you like vegetables? Well, California produces around 40% of the vegetables for the entire country. And California is having serious issues continuing to grow them in the hot, dry conditions the state has been facing. The problem is multi-faceted: low levels of precipitation and a dwindling snowpack in the Sierra mountains are having a direct negative effect on the state’s farmers’ ability to keep up their output. Meanwhile, demand is only growing! Thanks to population increases, studies suggest that we’ll actually need to double crop production worldwide by 2050 in order to meet demand.

That means that supply is trending sharply down while demand is trending sharply up. That’s a recipe for disaster in terms of quality of life, food security, and political and economic stability. So, what can we do about it? We need to shake ourselves awake and realize that climate change will not fix itself. It’s an urgent problem that affects every single person, whether they know it or not. The time is now to make individual choices that reduce our impact on the environment, while simultaneously supporting politicians and organizations that are fighting climate change on a grand scale.