California Cliffs Are At Risk Of Collapse 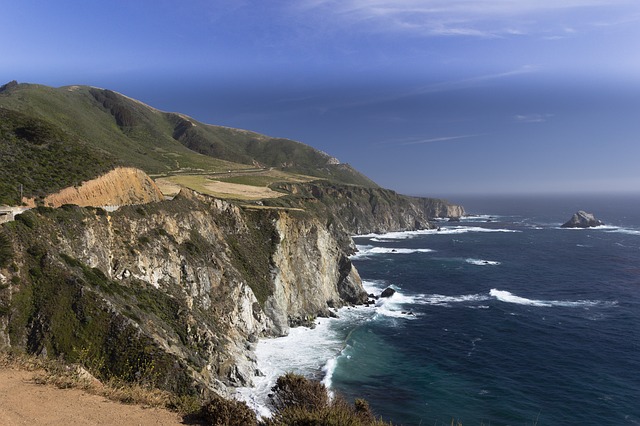 The cliffs along California’s coastline are eroding faster than you think. Some may even be close to collapse. A new study in the journal Geomorphology identifies some of the most high-risk areas, and attempts to pin down the erosion’s cause.

Heading Over The Cliffs

As the sea level rises on planet Earth, more serious issues arise than we might immediately realize. A new study in Geomorphology suggests that cliff retreat is only getting worse as our oceans swell, and that the impact on our existing coastlines and infrastructure might be enormously costly. The California Sea Grant came up with the funding to study a 680 mile chunk of the North American coastline, including most of Central and Southern California. Importantly, the study relied on LiDAR data — information accumulated via aerial survey that leveraged laser elevation techniques.

This study seems to conclusively point to the fact that some cliff areas in California are eroding faster than others, and researchers even came up with a new (experimental) hazard scale to try and describe the severity of the risk for each segment. Unfortunately, although their methodology was impressively consistent, there are several inconsistencies that greatly complicate the undertaking of such a bold project. The impact of human use and recreation on cliff areas, weather exposure, and different rock types all introduce variables into the equation that make measuring for erosion risk a tricky task. The general hypothesis, however, is that storm swells — which can ostensibly be linked to rising sea levels — are increasing erosion rates for much of the California coastline.

Can We Plan And Prevent When It Comes To Large-Scale Erosion?

Erosion is not necessarily a glamorous subject that will be breathlessly covered by the news, but it is a critically important one nonetheless. Large-scale cliff erosion throughout coastal California can result in destroyed infrastructure, ruined ecosystems, and even loss of human life if the conditions are just right.

That’s why the people behind this new study are working to create an interactive map that they’ll share and collaborate with state and local governments on. This map will help to identify some of the riskiest areas for potential erosion, which means that resources can be diverted towards ensuring that no critical infrastructure or buildings are in those zones. Existing structures can be shored up or moved, and areas in those zones that are accessible to the public can be blocked off to ensure that nobody slips down crumbly rock that might look stable.

Erosion is a serious problem, and one that’s only going to affect Californians more and more as time goes by. Want to help combat the problem? Focus on reducing your emissions and carbon footprint, and supporting businesses who do the same. That’s the only way we’re going to conscientiously stem the tide of our planet warming to the point of being unlivable.