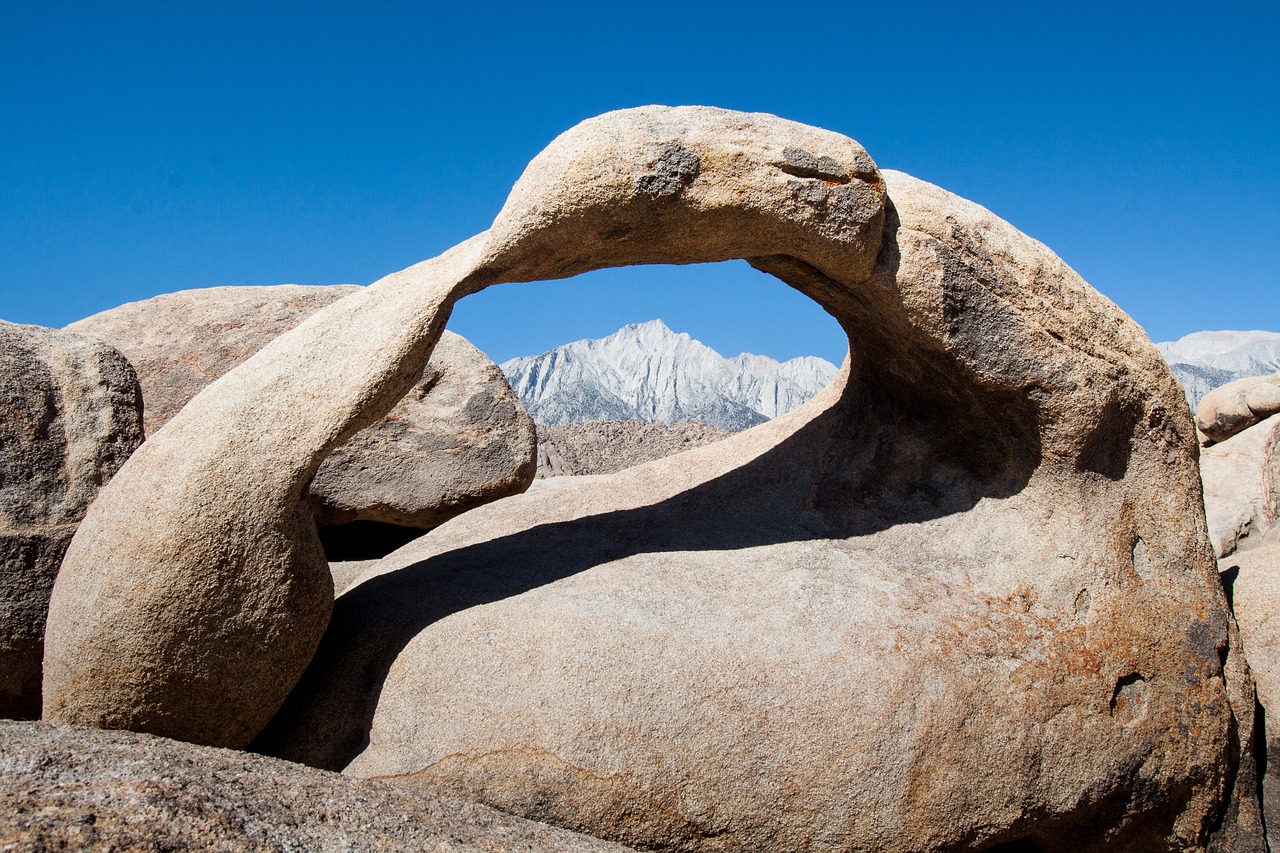 On the eastern slope of the Sierras, just three hours north of Los Angeles, lies the deceptively-named “Alabama Hills” — a wonder of geology and Earth science. Sitting around 5,300 feet in elevation, this rolling vista of rock formations, classic Western landscapes, and spectacular natural weathered arches is a treat for anyone who visits (not just Los Angeles soils engineers like us!)

Why Is It Named “Alabama Hills”?

First of all, why the heck is this desert area in the middle of California named Alabama Hills? After all, it looks nothing like Alabama, and “hills” is quite a euphemism for an area boasting giant boulders and a view of the Sierra Nevada mountain range. In fact, the area was first named by local miners after the CSS Alabama, a Civil War era warship that was near to the hearts of those namers. All these years later, the odd name still sticks.

Does Alabama Hills look familiar to you, but you can’t quite place it? That might be because it’s been used in countless films and TV shows to depict the rugged Wild West. Its vistas are the quintessential American West prototype: sprawling expanses, jaw-dropping mountain views flecked with snow, and dusty roads that don’t stop ’til the horizon.

What Are The Rocks At Alabama Hills Made Of?

Any visitor to Alabama hills will immediately be struck by the fact that there are three very different-looking types of rock visible everywhere you look. One is a reddish-orange metamorphosed volcanic rock that looks almost flaky or scaly in places. The next are the more tan-colored, seemingly smoother-looking monzogranite boulders (though these are actually quite rough to the touch, much like sandpaper when you get close). Finally, you’ll be struck by the grayish, imposing peaks of Mount Whitney and the Sierras that loom menacingly over the entire Alabama Hills area.

Let’s start with the volcanic rock, which is quite weathered looking and often found in fairly massive formations. This metamorphic rock, incredibly, can be dated to between 150 – 200 million years old. What is metamorphic rock, you ask? Simply put, it’s rock that changes its original form (protolith) over time, usually due to intense heat and/or pressure.

The lighter colored rock, found throughout Alabama Hills in the form of spherical, egg-shape, teardrop, or even as an arch, is biotite monzogranite. What’s monzogranite? It’s the final form (or fractionation) of molten rock called magma. In Alabama Hills, this rock gets its smooth, spherical appearance because it’s been weathered in uniquely even patterns since it first formed around 85 million years ago.

What Are Mount Whitney and the Sierra Nevada Mountains Made Of?

Alabama Hills itself is certainly striking, but you’d be forgiven if your gaze is continually drawn upwards to Mount Whitney — the highest mountain in the contiguous United States — and the other jagged peaks of the Sierras (Sierra means saw in Spanish). From down below, the Sierras appear battleship gray to dusty brown, clearly in more angular formations than the desert-colored rocks down in Alabama Hills, 9,000 feet below. But believe it or not, those impressive mountains are made of the same granite as the tan-colored spherical boulders down below! The only difference, leading to their drastically opposed appearances, is the way in which these chunks of granite were weathered.

Up high, the Sierras were glaciated over a long period of time, causing massive compression and “smoothing” to create the familiar mountainous shapes we see today. Their extreme height and sharp slope on the eastern side are due to the fact that the Sierras sit on a fault block which is pushing up out of the ground to create a scar of sorts where the protrusion originates.

What Can We Learn As Soils Engineers From This Area?

In our field (geology and soil engineering testing), we’re constantly interested in what makes up the rock and soil in a given area. If you’re doing geotechnical engineering in Orange County, CA, you’re going to find a vastly different composition of soil and rock than if you’re halfway up Mount Whitney’s mountaineer route.

The key is to think in terms of both physical and chemical composition, while understanding environmental and contextual factors. Once you understand the Earth’s natural rhythms and the way it produces its most striking formations, you’ll be able to look at a vista like Alabama Hills, and the story of its creation will reveal itself to you.

Alabama Hills is a prime example of a rare place on Earth where science meets artistic natural wonder, as exemplified by the image for this blog — the Mobius Arch. Can you believe that such a rock exists, forming in such a beautifully perfect way? What must our ancestors have thought as they stumbled upon this ancient place, its formations seemingly designed there by someone with a flair for the dramatic. But incredibly, the Earth is able to produce such beauties all on its own — and it’s imperative that we protect lands like Alabama Hills so that they can still be enjoyed for generations to come.

Related posts
Why Should You Hire a Geologist?
February 14, 2022
Do ADU / Garage Conversions Need A Geotechnical Soil Report?
February 8, 2022
What Is Engineering Geology & Why Is It Important?
May 25, 2021
Hollywood Quake Fault Line Brings Up Echoes of Sylmar in 1971
August 30, 2020
What Is A Methane Mitigation Barrier Installation?
March 16, 2020
How Do Wildfires Affect Soil?
November 12, 2019
Recent Posts
Blog Categories
Our Services