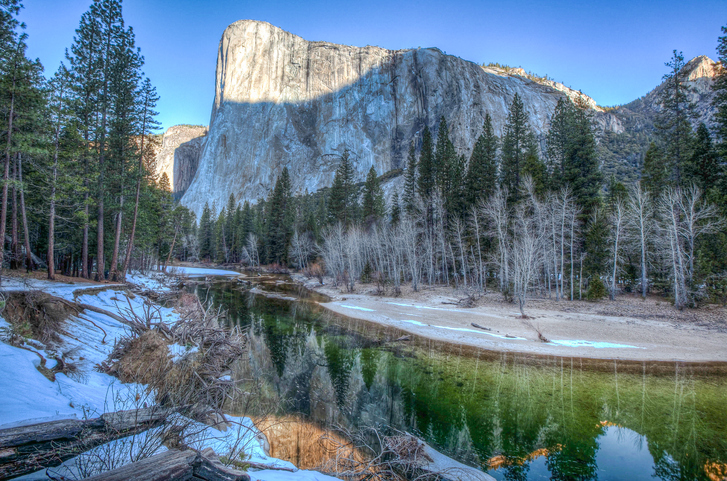 Yosemite Valley. It’s long been the mecca for rock climbers across the world, due to its perfect, dazzling granite faces caused by glacial erosion ages ago. The Valley is home to some of the most difficult and unrelenting climbs anywhere on the planet, many of which can take weeks or more to complete. There is one climb among all the rest that stands out as the most difficult — the Dawn Wall on El Capitan. The Dawn Wall is named as such because it’s the southeast face of El Capitan, and the wall which receives the early morning light before the sun shines on all the sides of the entire granite monolith.

You might be thinking that climbing anything in Yosemite is insanely difficult, scary, and dangerous — and you’d be right. So, what then makes the Dawn Wall the most difficult route of them all? The answer goes back to the glacial birth of the Valley itself. When glaciers forced their way through the Yosemite Valley and formed these giant walls, the southeast face of El Capitan received a particularly complete polish. The result is a nearly blank face, with almost nothing for climbers to stand on or grab. While other routes up El Capitan have more obvious lines and ways to ascend, the Dawn Wall seemed to be impossible to free climb (climb using your hands and feet, not gear) for generations.

Until, that is, Tommy Caldwell and Kevin Jorgeson made the first free ascent of the Dawn Wall after almost 7 years of painstakingly researching every nook and cranny in the rock face to devise a way to ascend against all odds. The duo’s climb attracted a national spotlight, and the hardest climb in the Yosemite Valley was finally defeated.

Enter Adam Ondra. The 23-year-old Czech is widely considered to be the best climber in the world today, but until recently he has shied away from the longer, more adventure-based climbing to be found in Yosemite. Intrigued by the Dawn Wall, Ondra came to the Valley this past October to begin working towards the goal of free climbing it himself for the second ascent.

At the time of this writing, Ondra is still on the wall, and could complete the ascent after only 7 days — compared to the 7 years it took the initial first ascenders! The magnitude of this accomplishment for the sport of rock climbing is hard to overstate. It cements Ondra’s place as the sport’s best, and leads climbers and spectators alike wondering what the next great challenge to fall will be.