A Scientific Look at Diamonds 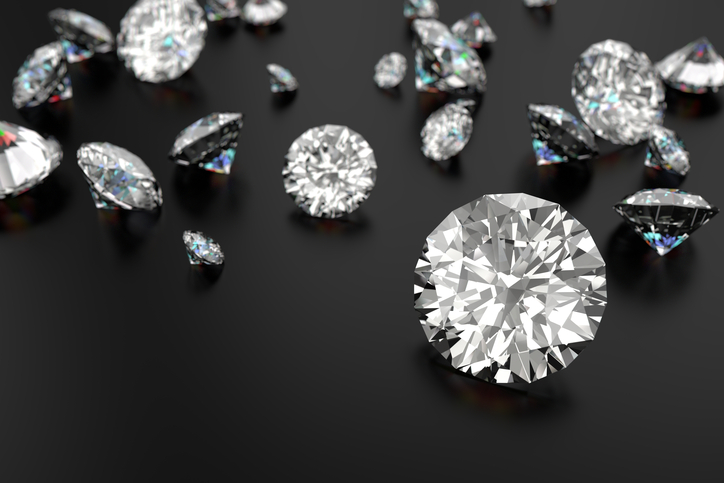 Diamonds are much more than just a girl’s best friend. They are actually very useful in many respects beyond being admired for their beauty. While they are easily the most popular gemstone purchased in the United States, possibly because of their common use in wedding ceremonies, they also have many industrial uses because of their hardness and heat-retaining properties.

What is a Diamond?

Diamonds are formed from a basic carbon atom that combines with four more carbon atoms to form the stone. Typical common diamonds are not clear, but generally dark because of impurities. Diamonds that become industrial grade are not as fully developed or as pure as gem diamonds. Many diamonds are small in size, which impacts the eventual marketing decision. They are also classified as a mineral. Although they are generally understood as the hardest substance known to man, which makes them useful for many specific industrial practices, they are also chemically resistant. In addition, their capacity for light refraction can be very valuable.

How are Diamonds Formed?

Diamonds are created through massive pressure delivered on a carbon-based cluster for extremely long periods of time. They are formed in the Earth’s mantle. The mantle is approximately 100 miles below the the surface, so mining diamonds is done by scouring volcanic eruption deposits. Many diamonds melt during the eruption process, so the larger ones that are found are merely the ones that did not necessarily go through a liquid stage. The idea that diamonds are coal during a period of the formation is a myth, even though this inaccurate information is still taught today. The mantle lays in blocks, technically named xenoliths. Diamonds are also often found near subduction zones, or possibly delivered by meteorites in various remote locations around the globe.

What is a Gem Diamond?

Gem diamonds are the purest form of diamond. They are typically large, with the more valuable diamonds weighing more carats. The refractive qualities are also a component of diamond value, as they are not uniform in light refraction capacity. Diamonds come in multiple colors as well as basically clear. The larger the stone may not necessarily mean the brighter the refraction. Gem diamonds are often very unique in appearance, and are often valued according to their uniqueness along with their carat weight and overall size. They are not used for industrial purposes generally because they carry a higher monetary value than industrial diamonds.

What is an Industrial Diamond?

An industrial diamond is usually a diamond that did not make the grade as a gemstone, but clearly exhibits the necessary properties to suffice in industrial uses, such as being used as a cutting tool for specific industrial materials. Cutting a hard surface requires using a harder surface, and diamonds fit that industrial need very effectively. Industrial diamonds are usually smaller and have less refraction ability. While they are not as cosmetically appealing, they are nonetheless very useful in manufacturing. Even smaller diamonds can stand intense heat application that other minerals and hard deposits cannot. In this setting, diamonds can be a machinist’s best friend.

Other uses for diamonds include: